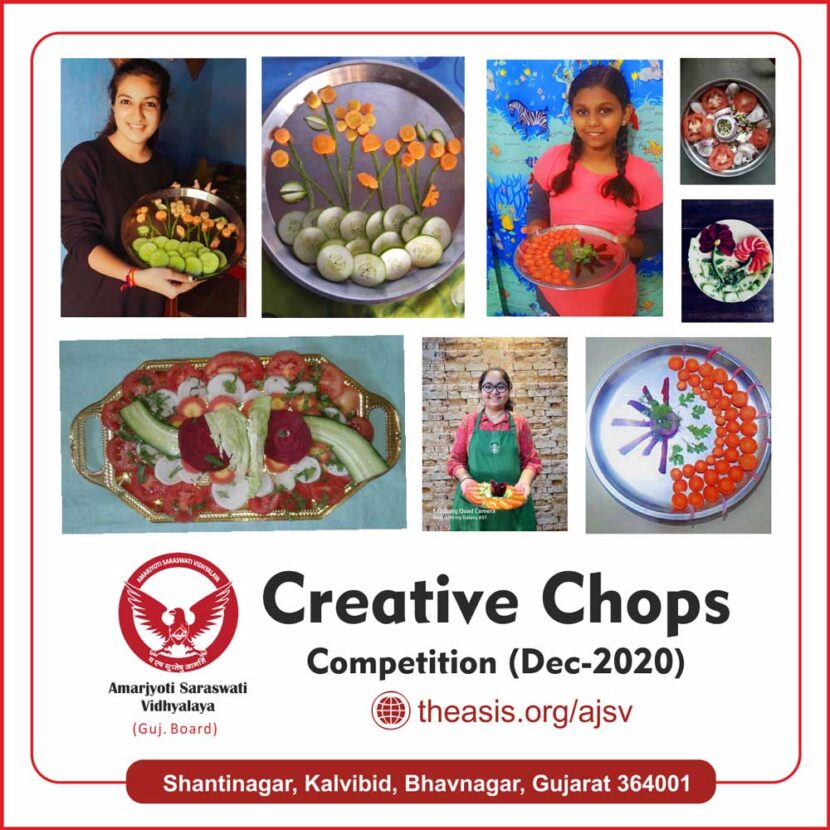 Creative Chops Competition was held by Amarjyoti Saraswati Vidhyalaya on the 21st of December 2020. The competition was open for students from grades 7 to 12 The objective behind the competition was to inculcate healthy food habits and awareness regarding the choice of food among the youth. The participants’ creativity was revealed through the beautiful […] 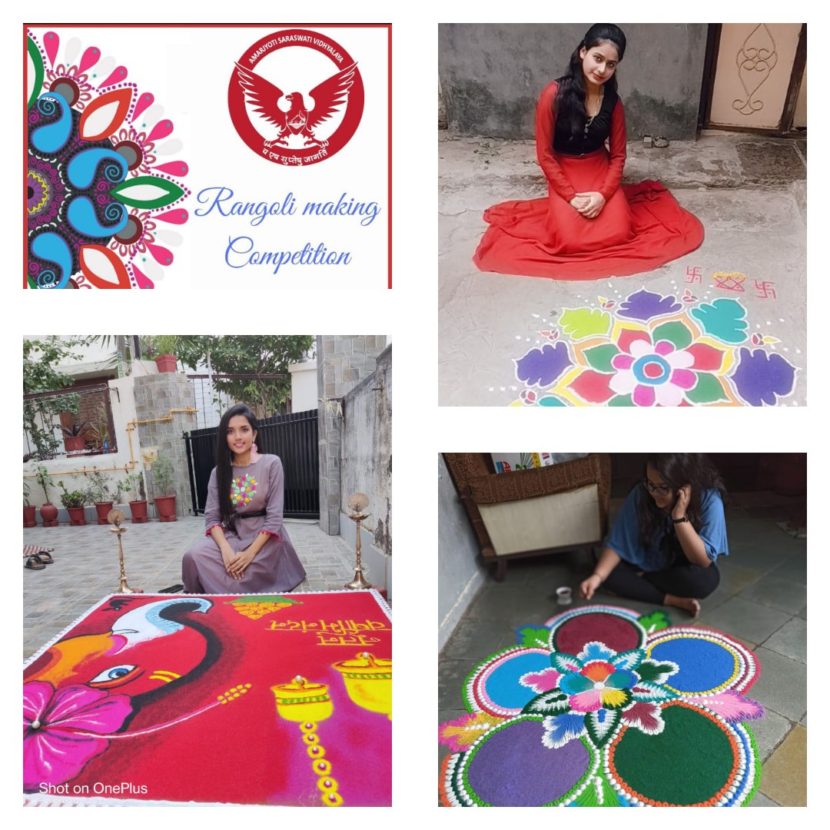 Rangoli is an ancient art and timeless tradition that is followed all over India.The word ‘Rangoli’ is said to have been derived from the words ‘rang’ and ‘aavalli’ which refers to a row of colours. In order to develop skills of aesthetics, creativity and innovation among the students, an “Online Rangoli Competition” was organised for […] 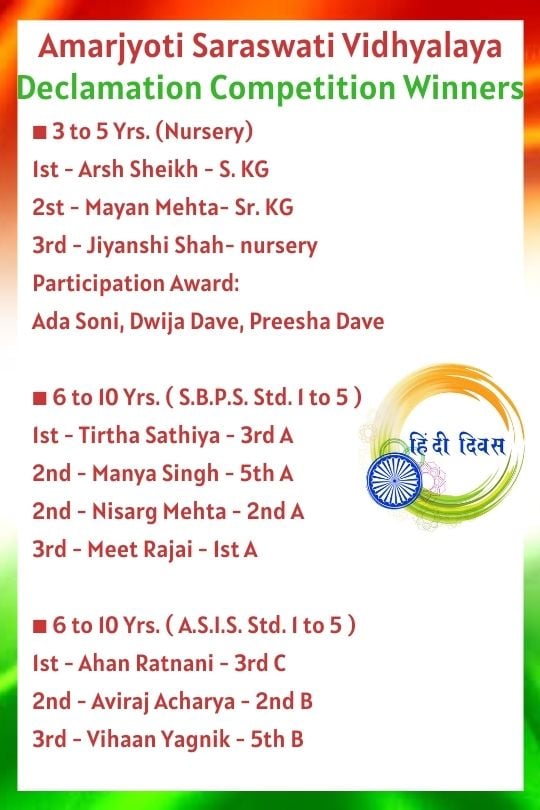 We commemorate Hindi Diwas on 14 September every year. It is one of the two official languages of the Union government which is written in Devanagari script and other is English. The fact about the most spoken languages is, ‘Hindi’ is the 4th most spoken language. To embellish the Day, 65 students of ASIS preprimary, […] 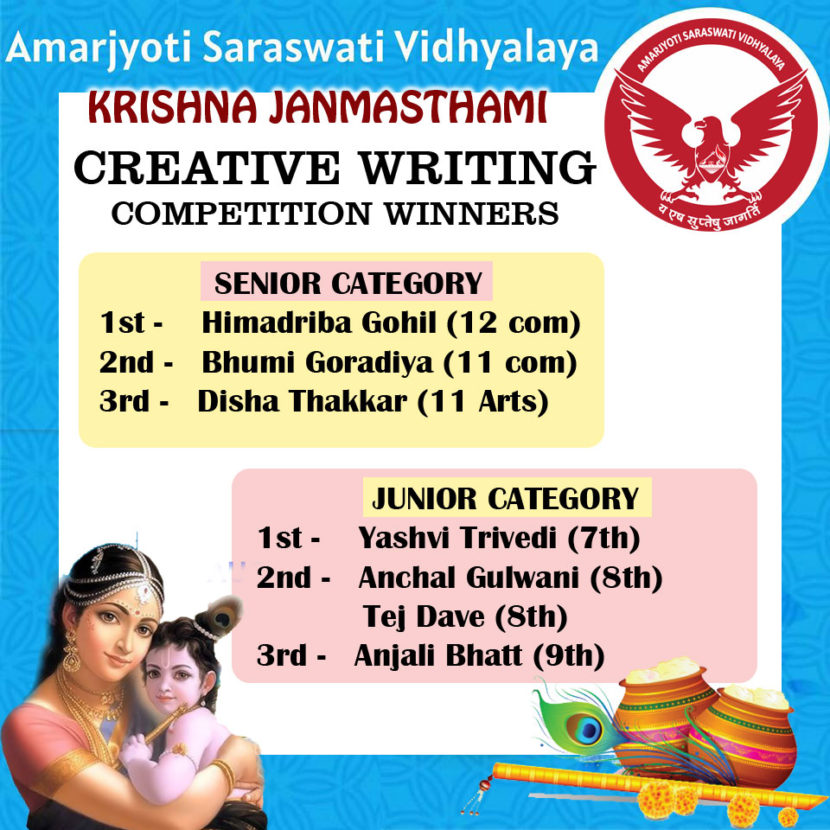 Janmashtami signifies the good over evil. Dahi Handi is also one form of celebrating this occasion. This year Amarjyoti Saraswati Vidhyalaya thought of celebrating it in a little different way. The tradition continues, just the ways differ, so did AJSV decide to explore the curd, butter and ghee from these Krishnas and devour it lavishly. […] 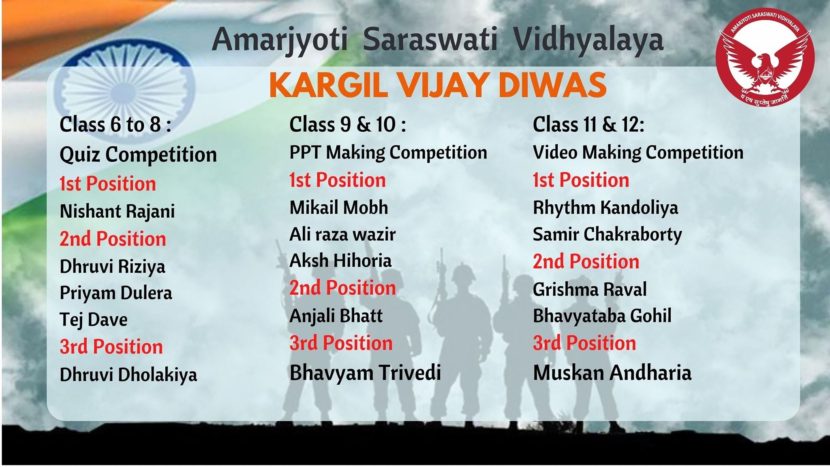 The students of AMARJYOTI SARASWATI VIDHYALAYA have given their tribute to our braveheart soldiers who have lost their lives to make our today safe. There were various competition held forClass 6 to 8 Quiz competitionClass 9 and 10 ppt making CompetitionClass 11 and 12 video making competition July 26, It was on this day 21 […] 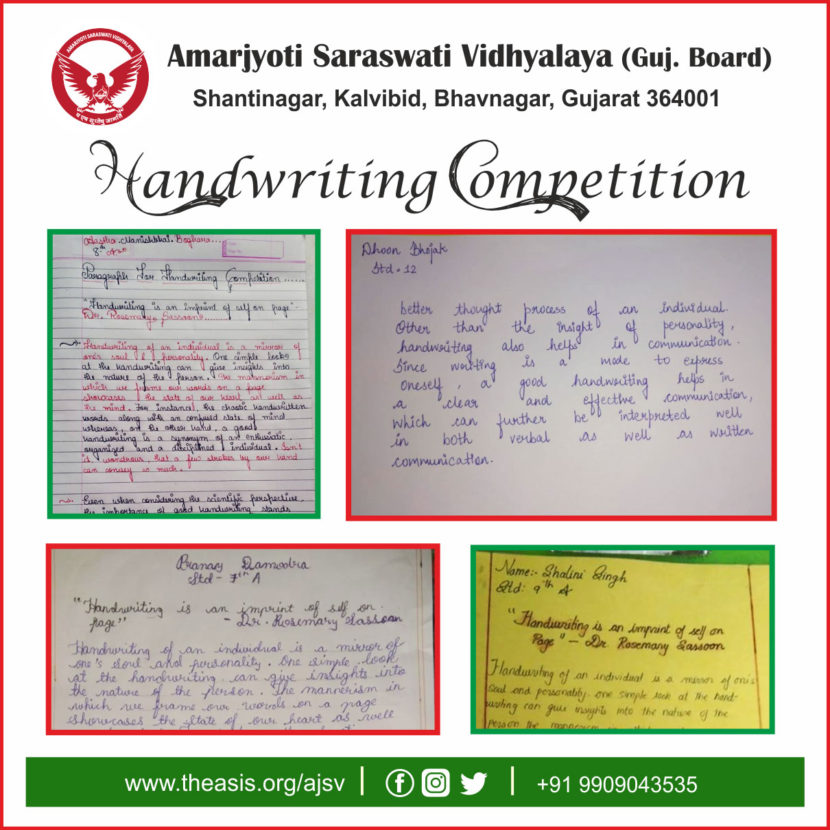 Best Handwriting Competition was organized at AmarJyoti Saraswati Vidyalaya on 13th June 2020 The objective of this competition was to encourage students to improve their calligraphy skills. Handwriting is an essential skill for students. It is an incredibly important exercise for students to encourage them to develop fine motor skills and confidence. It activates the […] 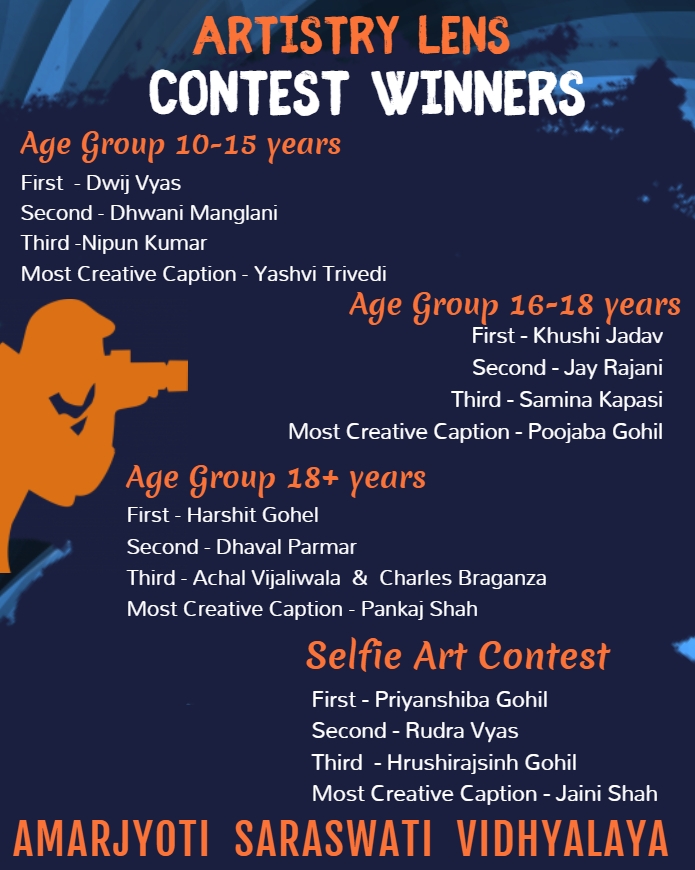 The ardent nature of human beings is to look for the beauty in every aspect of life. The one who keeps pace with time and adapts himself ,is the one who fits this ever changing world. ‘ARTISTRY LENS’ was one such attempt during the lockdown to ignite the latent talents with their passion of Photography. […] 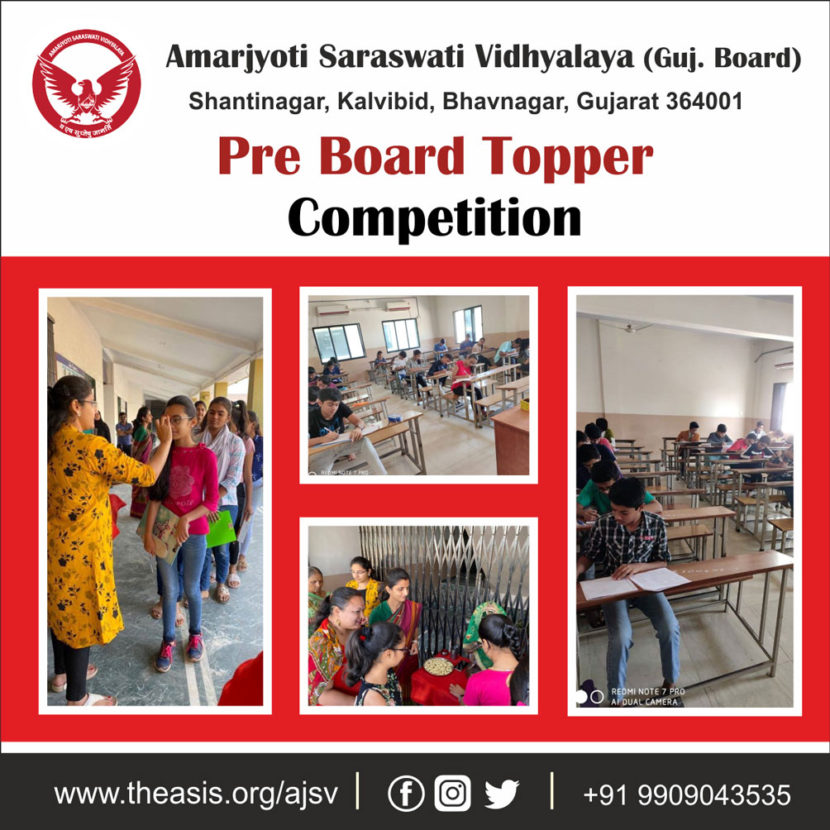 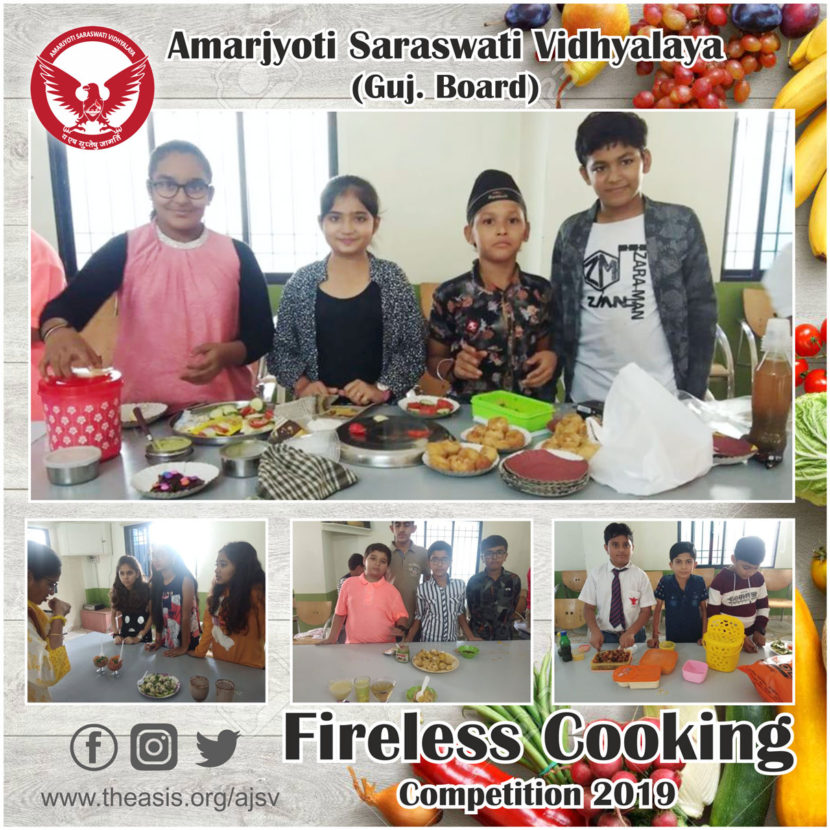 Teaching cooking to youth is an opportunity to teach nutrition education such as planning meals and make smarter food choices. Cooking can aid children in acceptance of responsibility. So for the same AJSV had organised a Fireless Cooking Competition on 25th November 2019 at school where children made many delicious items by forming a team […] 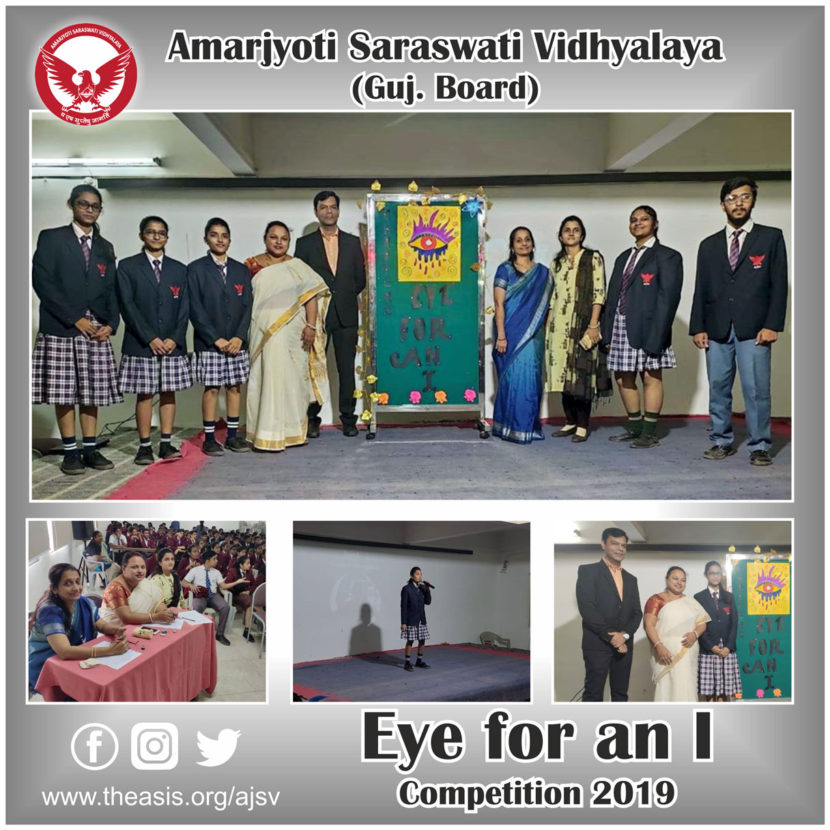 Since we’re in the midst of the transformative impact of the Fourth Industrial Revolution, the time is now to start preparing for the future of work. Even just five years from now, more than one-third of the skills we believe are essential for today’s workforce will have changed according to the Future of Jobs Report […]