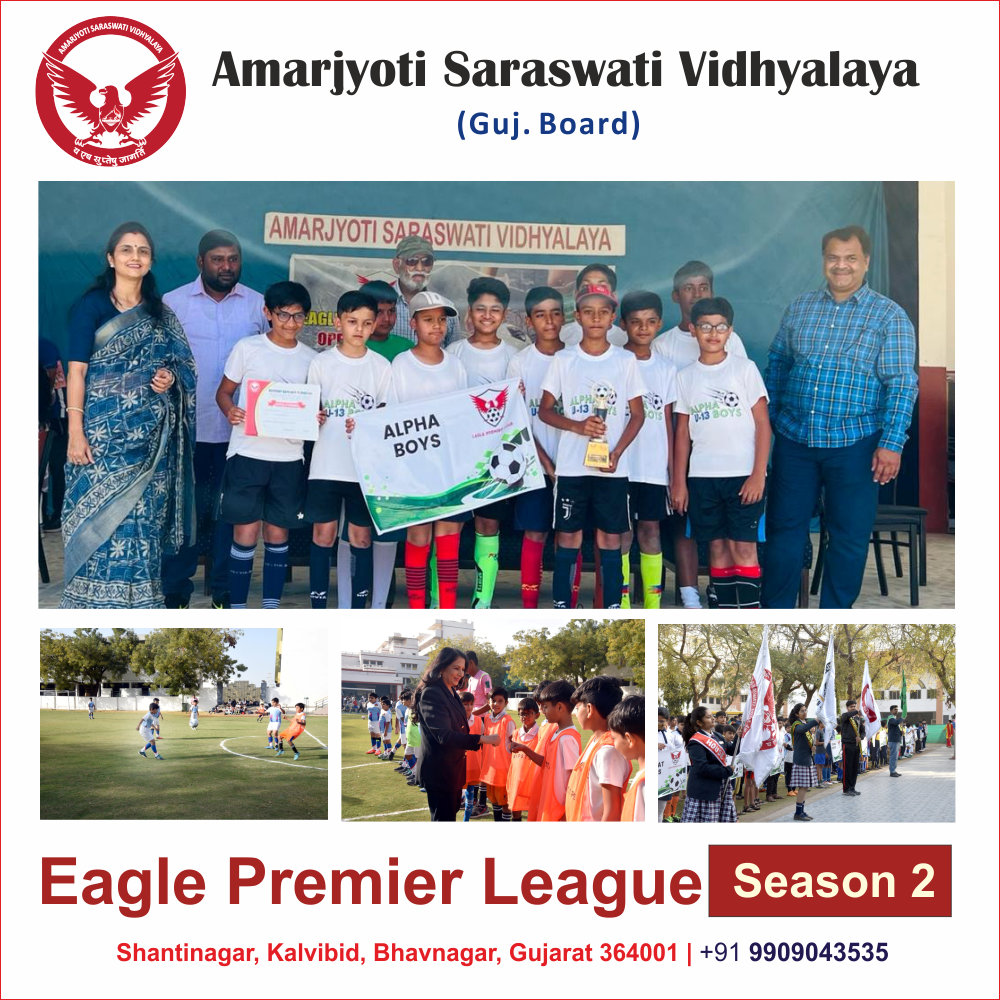 Some people think football is a matter of life and death. I assure you, it’s much more serious than that – Bill shankly.

The Eagle Premier league 2.0 organised by Amarjyoti Saraswati Vidhyalaya was one such event that took all the footballers and game lovers to a seriously incredible experience for three days. With nail biting knockouts and spine-chilling penalties between 350 participants and 50 teams, at the finale, the league showcased determination and enthusiasm of teams and coaches.

The best teams grabbed the rolling trophy for champions and runners up while the best players and keepers took away laurels in each category with a promise to play at the EPL – Season 3 in 2023….