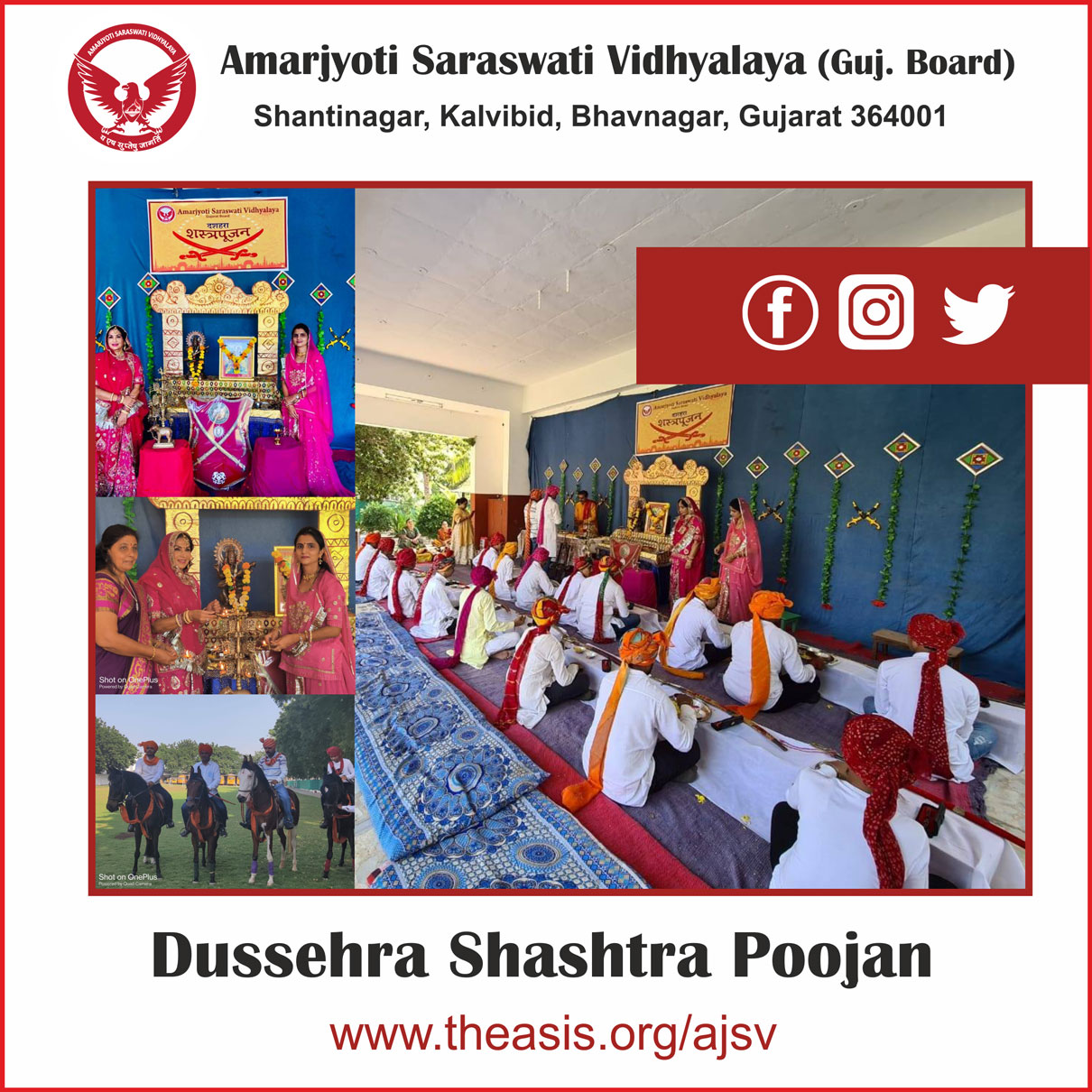 The word Shastra Puja has connotations of honouring the very weapons one uses to vanquish his enemies. Dussehra or Dasara, as it is called in some part of India, is one of the most auspicious days of the year according to the Hindu calendar. It is considered that if a new endeavour is undertaken on this day, it receives blessings of the heavens.

On this remarkable the young shooters of Grp Capt Himmat Singh jee Gohil Rifle Club under the aegis of Amarjyoti Saraswati Vidyalaya had put forth an effort to continue the tradition of ‘Shastra Pujan’ to imbibe the learnings of respect and esteem for weapons in the Students. As it is rightfully said , “A PEN IS MIGHTIER THAN THE SWORD” and in 21st century Knowledge being the best weapon against ignorance, students were extended the lessons of acquiring mastery over the ‘kalam’ (pen) by worshipping it.

The traditional learning occasion was graced by our Director Mrs. Amarjyotiba Gohil along with Principal Dr. Bhumiba Gohil and enthusiastic staff members. The event comprised the colours of valour and discipline with a rally , shastra pooja followed by the auspicious HAVAN making the arena pious and blissful. 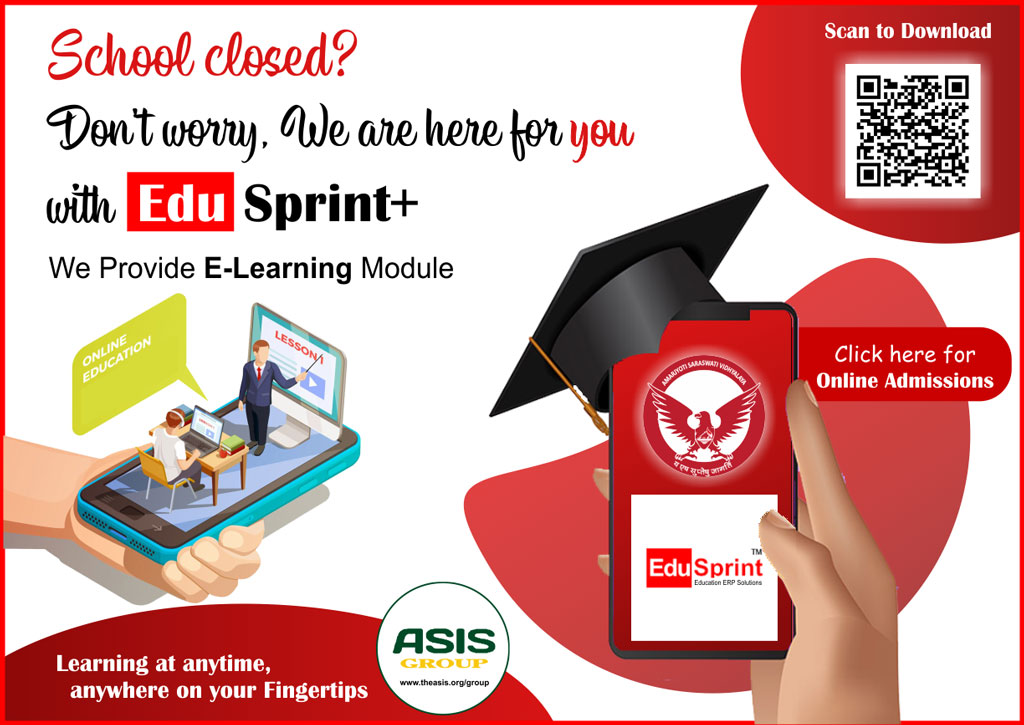